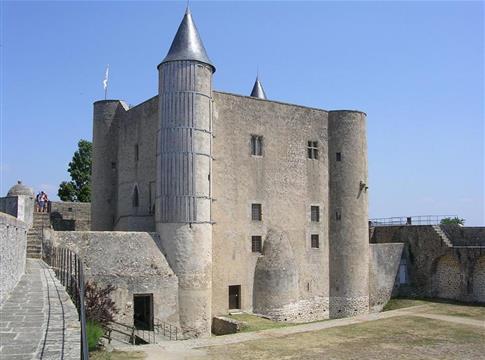 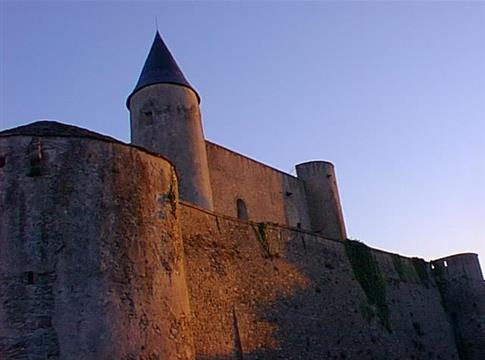 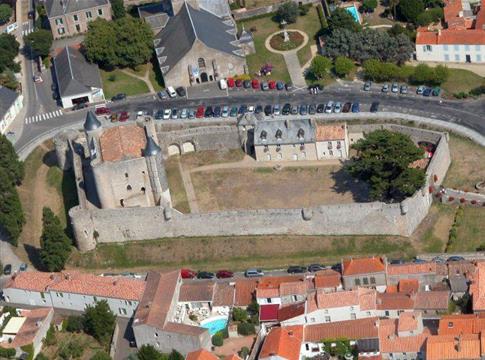 The Noirmoutier Château dominates the town with its dungeon standing almost 20 metres tall.

This medieval château, built in the 12th century, braved many eras and managed to conserve its charm.

A symbol of the power of the lord, this inviolable fort protected the inhabitants during invasions.  The dungeon and ramparts were also used as a prison during the wars.

Today the château is home to a museum on the history of the island, from prehistoric times to the beginning of the tourist industry in the 19th century.  It also retraces the troubled times of the wars in the Vendée.

You can admire the magnificent viewpoint from the top of the dungeon which overlooks the island and the bay of Bourgneuf.